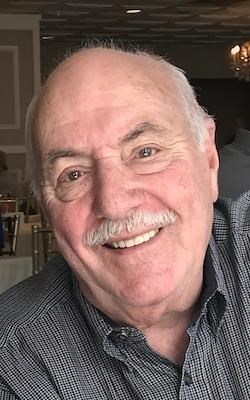 Anthony Calabrese, 76, of Greentown, PA passed away on Monday, June 15, 2020 at the Regional Hospital of Scranton.  Beloved husband of Winifred "Winnie" (Shields) Calabrese, the couple had just celebrated their 50 year wedding anniversary.

Born in Bronx, NY, son of the late Adolph and Rita Calabrese, he lived in Paramus and Saddle Brook, NJ, prior to retiring to Pennsylvania.  A proud veteran, he served his country in the United States Army during the Vietnam War as a paratrooper.  Anthony was a salesman, working in several different industries, including insurance, food, uniforms and beverages.

He was a member of the Elks Club, served on the board and was president of Tranquility Falls Property Owners Association.  He enjoyed fishing, eating out, watching NY Yankee games and playing solitaire and Yahtzee on his iPad.

Anthony was very proud of his daughters and his greatest praise went to his grandchildren who were his biggest fans.

He was a loving, devoted and caring husband, father, Poppa and friend who will be deeply missed.