James was born on March 4, 1959 in Heidelberg, Germany and was adopted there by William and Joan Revicki.  James worked for many years as an arborist in the Borough of Paramus.

He volunteered for 10 years as an EMT in the Upper Greenwood Lake Rescue Squad; he was a Forest Fireman with the New Jersey Forestry Service; and volunteered his services with the Doberman Rescue.  James also enjoyed hunting and fishing in his spare time.  James married Lorie (nee Binder) Kurtin in September 2015. 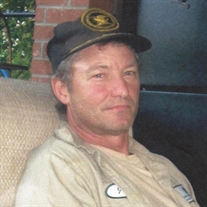