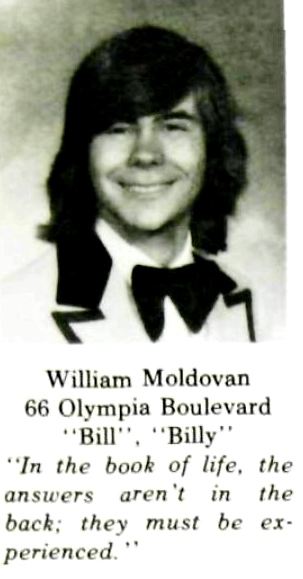 William R. Moldovan, "Billy", of Medford died peacefully with his family by his side on September 22, 2018 after a hard-fought battle with mantle cell lymphoma. He was 60 years old.  Prior to his death, Bill worked as a Computer Engineer and Sales Manager for Cisco Systems in Moorestown. Bill was an incredible optimist to the end.

Bill was born on November 19, 1957 in Ridgewood to Ethel “Babe” and Victor Moldovan. Bill was the youngest of four Moldovan children and grew up in Paramus. After graduating from Paramus High School, Bill attended Ramapo College and served as a volunteer fireman.

It was at a volunteer firemen’s award ceremony in 1983 where Bill met his future wife Stephanie who was from London and studying in New Jersey.  After a whirlwind courtship spanning two continents, they married and relocated to Schenectady, N.Y. before returning to New Jersey where they raised their two girls, Laura and Hillary.

Bill was the consummate family man: a wonderful husband of 34 years and a devoted father.  Bill loved hosting Moldovan family events at his home as well as visiting London to spend time with his British relatives.  Bill was at the helm of every gathering, either working hard in the kitchen or leading a lively discussion.  Yet Bill could listen well and had many dear friends who valued his good judgment, wisdom and wit.

Bill had many passions in addition to a career which spanned several decades.  He was a perfectionist when it came to tending to his outside garden and indoor house plants. There was not a plant which Bill could not make flower, from orchids to Christmas cacti.  An avid fan for two sports teams, he was passionate for his Jets and Mets.  He enjoyed coaching youth sports: he volunteered for many years with the Medford Youth Athletic Association (MYAA) Softball even after his daughter Hillary had outgrown the sport.  And with family in London, Bill spent many vacations overseas and had many occasions to travel and learn about different cultures.