SKOWHEGAN - Neil C. Robertson, of Skowhegan, passed away on Feb. 28, 2017, from complications of cancer. Born Aug. 20, 1944, in New Jersey, he attended Dartmouth College, and was a lifelong progressive, having been active in many causes including the Maine Prisoner Advocacy Coalition, the Maine People's Alliance, and the Rasin Foundation, an advocacy group for the people of Haiti. He was a former chairman of the Somerset County of Maine Democratic Party. He worked as a physician's assistant in Dorchester, Mass., and in Maine, and was much respected and loved by his patients.

He is survived by a son, Liam Hodgdon-Robertson, of Skowhegan; a stepdaughter, Dena Marie Parra, of Attleboro, Mass.; and a stepson, Michael James Carey Jr., of Warren, R.I. Neil loved people and touched so many lives, he will be greatly missed by all who knew him. Celebrations of Neil's life will be held in Maine and Massachusetts at later dates. 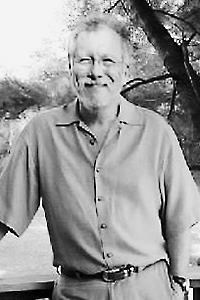